Having Fun With the Past. 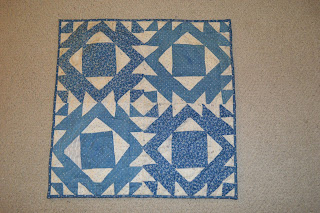 I have decided to try to get some of my rescues finished now that I have handed over almost all of the donation quilts for the year. This little blue quilt was a remnant of a quilt top which i rescued and hand quilted. It was imperfectly pieced but I love it anyway. 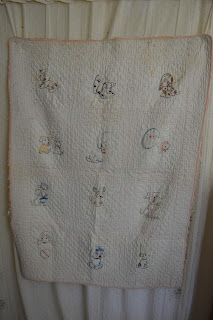 This quilt was from the 1940s and I only needed to add a new binding. I didn't realize that the sashing and outer borders were originally pink and are now very faded. The binding was darker pink initially but I added a paler version to suit the softer colours of the quilt as it is now. 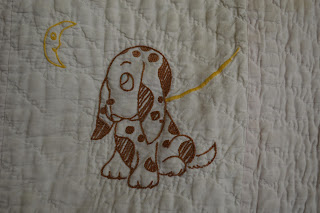 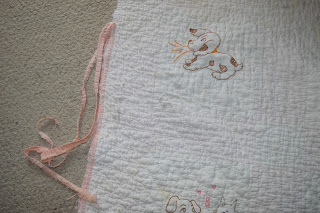 The embroidery is still in very good condition and it's a cute little cot quilt for my collection. 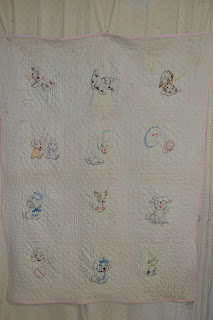 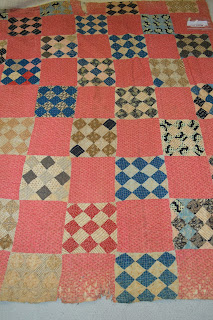 This quilt is from the 1880s to 1890s and was originally a pretty quilt with a very shagged backing. The owner then cut up this fabulous Seven Sisters quilt and tacked it along two sides of the first quilt to make a larger batting for another quilt. It was rescued from the innards of a tied comforter. 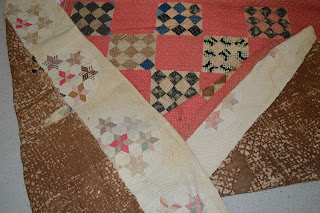 I am removing the worn and partially cut block parts along each end and will add a false backing to strengthen the quilt. I will tack it and unfortuantely you won't be able to see the quilting on the back but at least it will prolong the life of the quilt. 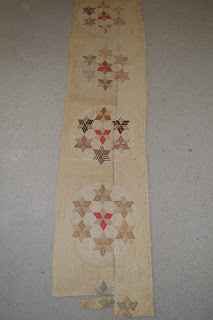 Wouldn't you love to have the original Seven Sisters quilt? I know I could never cut it up to make batting for a newer quilt but I guess if it's cold enough and money is tight, you do what you have to do.
In the meantime I'm havinbg fun repairing and restoring these old lovelies.
Hugs, Jan Mac 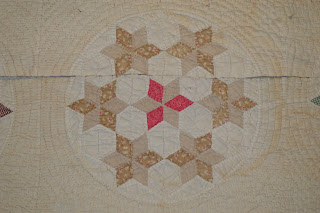 There are some amazing stories with those quilts. Job well done.

It's always fun to see the vintage pieces.

Wow Jan they are all wonderful and so special for the original maker as you return them to life again! Have a great Christmas and Happy 2017......hugs from across the border, Michele xx